The history of the Adega Cartuxa [Cartuxa Winery] was written by the hand of Vasco Maria Eugénio de Almeida, one of the greatest patrons and philanthropists of the 20th century in Portugal, who invested in the diversification of agricultural production, revitalizing the winegrowing activity promoted by his grandfather, Carlos Maria, and invested in the planting of a vast area of olive groves which became, in the words of the region’s workers themselves, the “factory” they had never had before. 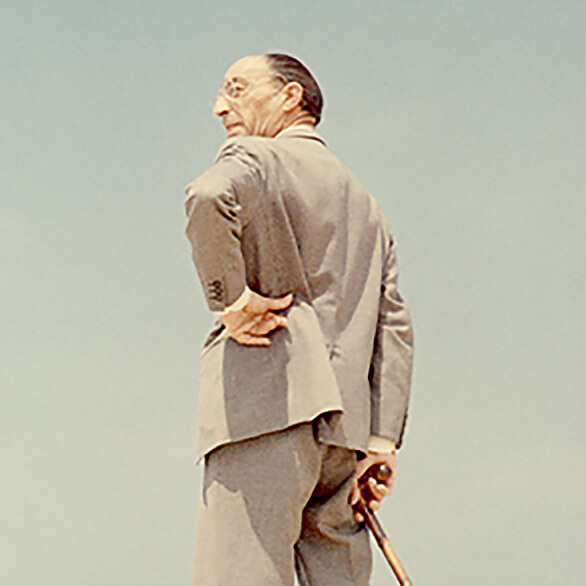 Vasco Maria Eugénio de Almeida created the Eugénio de Almeida Foundation with the commitment of doing more for people, by people, for more people. It is the productive activity which supports this operational side of the Foundation, enabling the achievement of its mission. 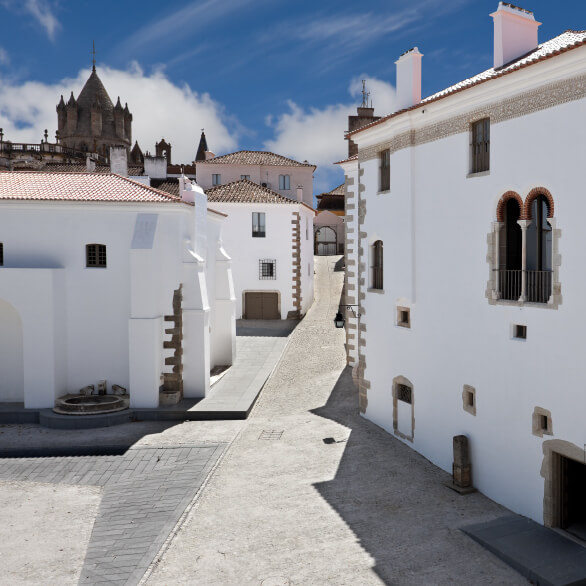 The Foundation has more than 600 hectares of vineyards. Each plot is worked on individually throughout the year, according to its age, grape variety or the characteristics of the soil, always with the wine for which it is intended in mind. 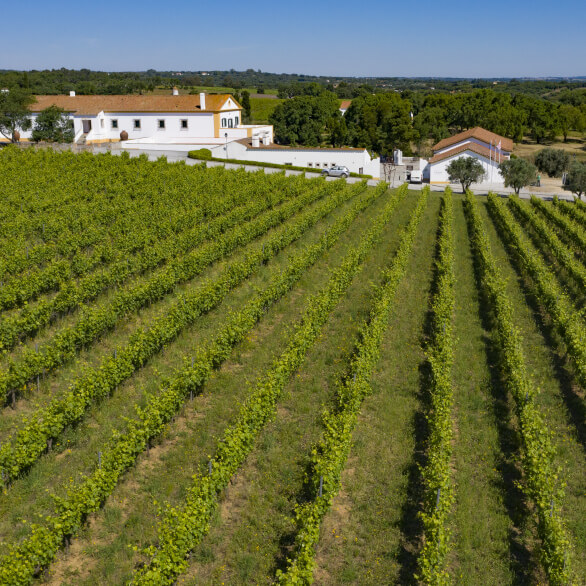 The Adega Cartuxa [Cartuxa Winery] at Quinta de Valbom is today one of the centres for the maturation of the wines produced by the Eugénio de Almeida Foundation. The Cartuxa Monte de Pinheiros cellar has the most advanced technology and allows the reception of all the grapes produced in the vineyards. 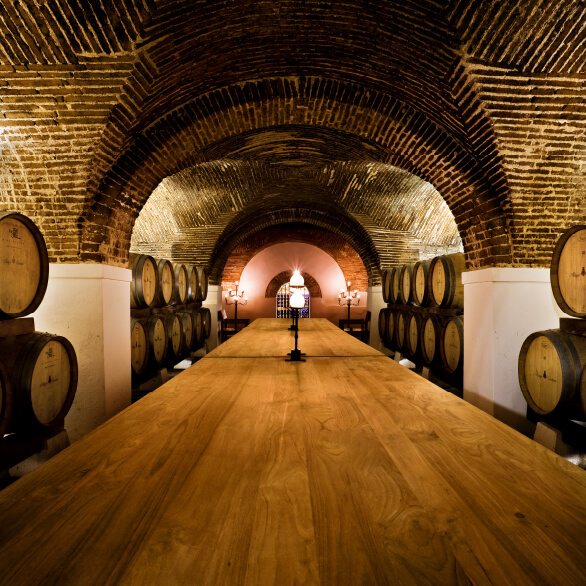 From an olive grove of about 271 hectares, only the olives picked directly from the trees are used for the extraction of olive oil, which contributes to the quality of the Lagar Cartuxa [Cartuxa Mills] olive oils. 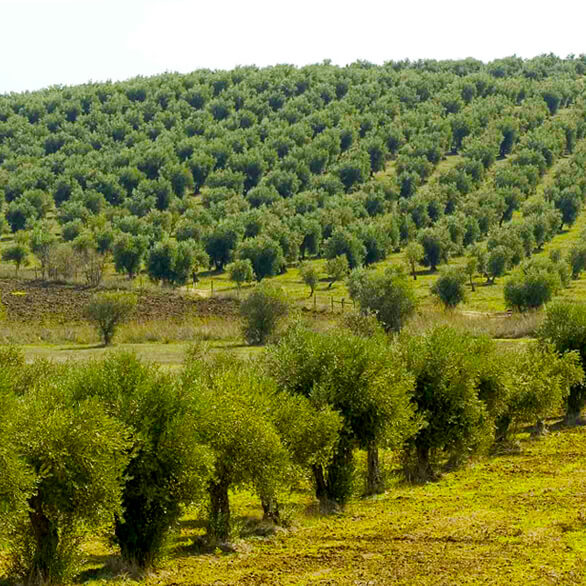 Creating olive oils is more than producing a functional food with a cultural legacy, it is creating oils that express the origin, the work of Man and provide unique and healthy pleasures.
The Cartuxa Mill, equipped with the most advanced technology, produces olive oil characteristic of the region, according to the highest quality standards. 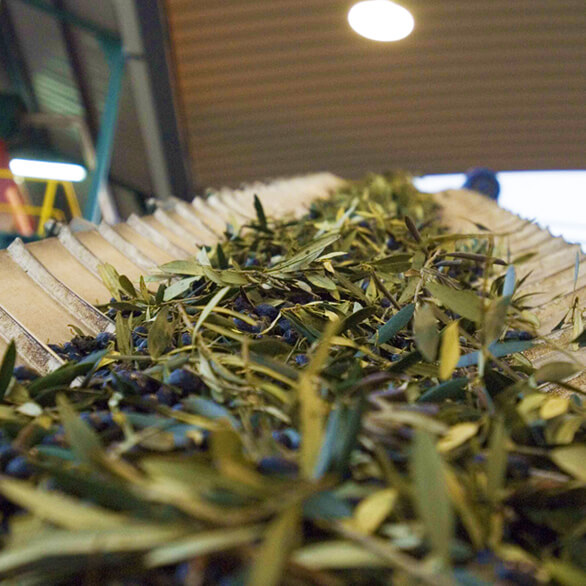 In the online shop you will find the different profiles of our wines, as well as characteristic olive oils of the region.
Make your purchases safely, for yourself or as a gift. 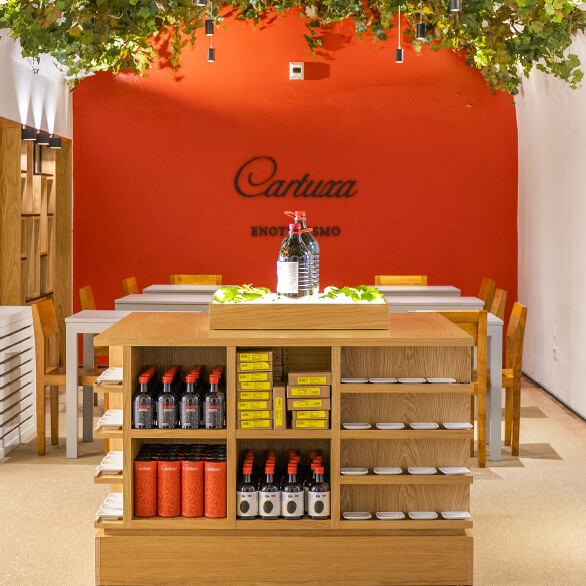 RESERVE
This site uses cookies to improve your experience. If you agree with the conditions, you can continue to browse the site. Cookie settingsACCEPT Read more
Manage consent

This website uses cookies to improve your experience while you navigate through the website. Out of these, the cookies that are categorized as necessary are stored on your browser as they are essential for the working of basic functionalities of the website. We also use third-party cookies that help us analyze and understand how you use this website. These cookies will be stored in your browser only with your consent. You also have the option to opt-out of these cookies. But opting out of some of these cookies may affect your browsing experience.
Necessary Always Enabled
Necessary cookies are absolutely essential for the website to function properly. These cookies ensure basic functionalities and security features of the website, anonymously.
Non-Necessary
Any cookies that may not be particularly necessary for the website to function and is used specifically to collect user personal data via analytics, ads, other embedded contents are termed as non-necessary cookies. It is mandatory to procure user consent prior to running these cookies on your website.
SAVE & ACCEPT