The Adega Cartuxa [Cartuxa Winery], at Quinta de Valbom, is closely linked to the Society of Jesus. In 1580, the Jesuit priest Pedro Silva, rector of the Universidade de Évora [University of Évora], acquired Quinta de Valbom to house the university’s teaching staff. The construction of the Jesuit Retreat Home took about 10 years and resulted in a building with multiple lodgings, cafeteria and chapel.

In 1759, with the expulsion of the Society of Jesus from the country by Marquês de Pombal, Quinta de Valbom became part of the State’s property and in 1776, it was equipped with a wine press that quickly gained importance in the region. The proximity of the Cartuxa Monastery determined that it would become known, to this day, as Adega Cartuxa [Cartuxa Winery].

In 1869, the great grandfather of the founder of the Foundation, José Maria Eugénio de Almeida, acquired Quinta de Valbom. After his death, it would be his son, Carlos Maria Eugénio de Almeida, who would commit himself to the continuity and expansion of the production of the Casa Agrícola Eugénio de Almeida. It was his initiative to plant the vineyards that were the earliest source of the Foundation’s wines. With the progressive expansion and success of the wine production of the Institution, the Adega Cartuxa [Cartuxa Winery], located in the former cafeteria of the Jesuit Retreat Home, was gradually improved. Of these, the major restructuring which took place between 1993 and 1995, which allowed the re-equipment and expansion of all sectors of the winery, increasing considerably its potential for winemaking and storage capacity.

There are still well-preserved examples of previous equipment, now in disuse but innovative at the time they were introduced, such as the Algerian amphorae for the fermentation of red wines (vats built in concrete, with autovinificators) and the deposits where the fermentation of white wines took place. These storage tanks, built of cement, which were later coated with resin to annul the porosity of the cement, date back to the 1950s, a period when their use was common practice.

The Cartuxa Winery – Monte de Pinheiros, located at Herdade de Pinheiros, receives all the grapes produced in the Foundation’s vineyards and has three technological premises that distinguish it from the others: refrigeration capacity; possibility to fully sort the grapes at the entrance of the winery and movement and transfer of masses only by gravity. 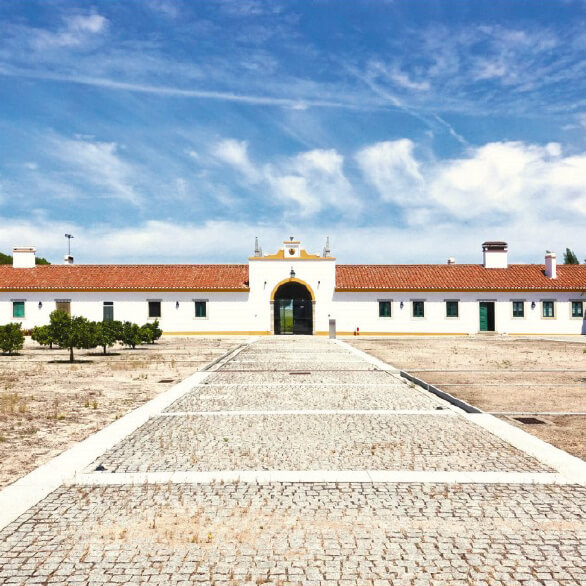 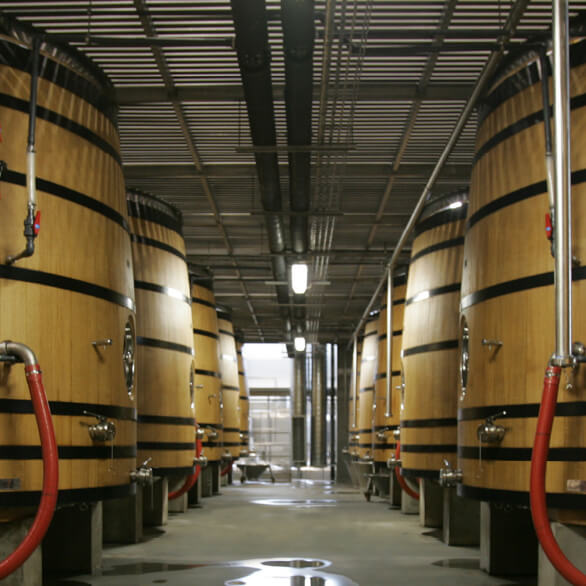 Quality certification in the production of wine and olive oil is structuring in the policy of the Eugénio de Almeida Foundation, as it ensures the use of appropriate technical means and qualified human resources, promoting improvements in innovation processes and the consequent quality of the product and consumer satisfaction.

This site uses cookies to improve your experience. If you agree with the conditions, you can continue to browse the site. Cookie settingsACCEPT Read more
Manage consent

This website uses cookies to improve your experience while you navigate through the website. Out of these, the cookies that are categorized as necessary are stored on your browser as they are essential for the working of basic functionalities of the website. We also use third-party cookies that help us analyze and understand how you use this website. These cookies will be stored in your browser only with your consent. You also have the option to opt-out of these cookies. But opting out of some of these cookies may affect your browsing experience.
Necessary Always Enabled
Necessary cookies are absolutely essential for the website to function properly. These cookies ensure basic functionalities and security features of the website, anonymously.
Non-Necessary
Any cookies that may not be particularly necessary for the website to function and is used specifically to collect user personal data via analytics, ads, other embedded contents are termed as non-necessary cookies. It is mandatory to procure user consent prior to running these cookies on your website.
SAVE & ACCEPT